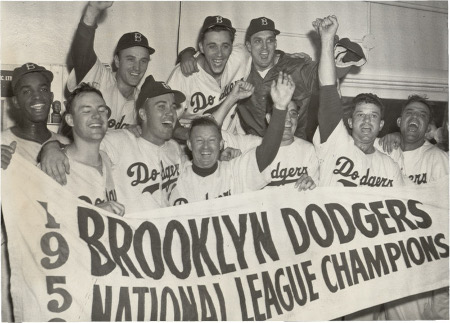 The 1955 World Series matched the Brooklyn Dodgers against the New York Yankees, with the Dodgers winning the Series in seven games to capture their first championship in franchise history. It would be the only Series the Dodgers won in Brooklyn the team relocated to Los Angeles after the 1957 season.