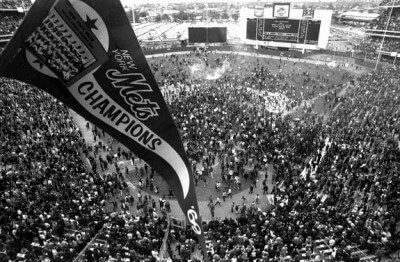 The 1969 World Series was played between the New York Mets and the Baltimore Orioles, with the Mets prevailing in five games to accomplish one of the greatest upsets in Series history, as that particular Orioles squad was considered to be one of the finest ever and still is by some baseball pundits. The World Series win earned the team the sobriquet “Miracle Mets,” as they had risen from the depths of mediocrity the 1969 team had the first winning record in Mets history.