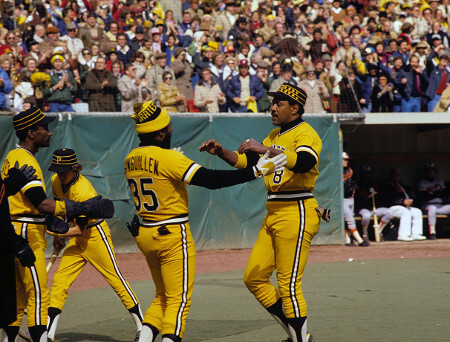 The 1979 World Series matched the National League’s Pittsburgh Pirates (98–64) against the American League’s Baltimore Orioles (102–57), with the Pirates coming back from a three games to one deficit to win the Series in seven games. The Pirates were famous for adopting Sister Sledge’s hit anthem “We Are Family” as their theme song.