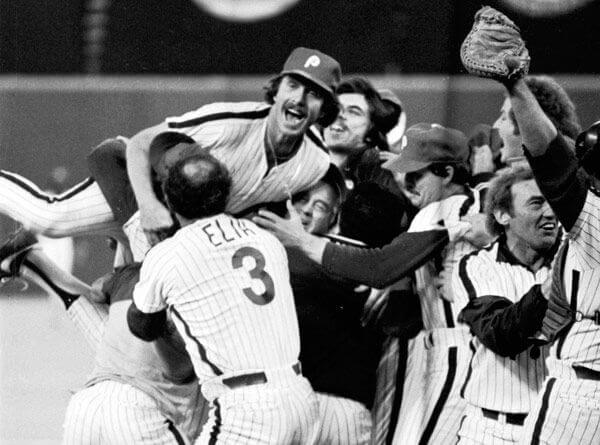 The 1980 World Series matched the Philadelphia Phillies against the Kansas City Royals, with the Phillies winning in six games to capture the first of two World Series titles in franchise history to date. The series concluded after Game 6, which ended with Tug McGraw striking out Willie Wilson at 11:29 pm on October 21, 1980. Wilson set a World Series record by striking out twelve times (after getting 230 hits in the regular season) in the six-game set.