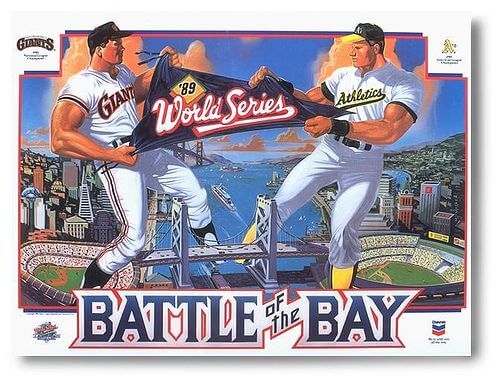 The 1989 World Series was played between the Oakland Athletics and the San Francisco Giants. The Series ran from October 14 through October 28, with the A’s sweeping the Giants in four games. It was the first World Series sweep since 1976. The four game sweep by the Athletics at the time would mark only the third time in World Series history that a team never trailed in any game (1963, 1966, and 2004 World Series being the only other times this occurred), and the first in the playoff era (post-1968).