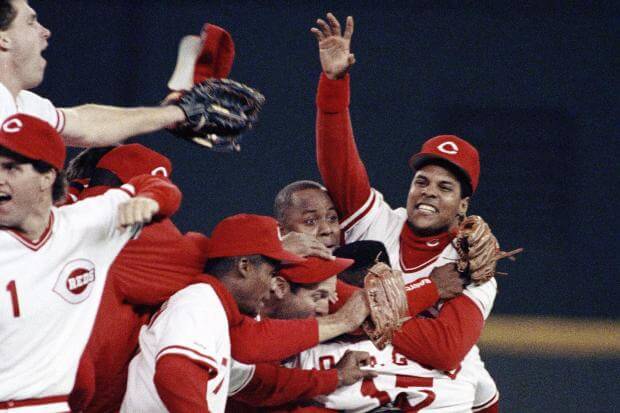 The 1990 World Series matched the defending champions and heavily favored Oakland Athletics against the Cincinnati Reds, with the Reds sweeping the Series in four games. It was the fifth 4-game sweep by the National League and second by the Reds (1976). It is remembered for Billy Hatcher’s seven consecutive hits. The sweep extended the Reds’ World Series-winning streak to nine games, dating back to 1975. This also was the second World Series meeting between the two clubs (Oakland won four games to three in 1972). As of 2014, 1990 was the most recent World Series appearance for both franchises.