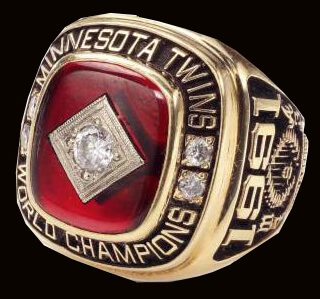 The 1991 World Series pitted the Minnesota Twins (95–67) of the American League against the Atlanta Braves (94–68) of the National League. The Minnesota Twins won in seven games. ESPN selected it as the “Greatest of All Time” in their “World Series 100th Anniversary” countdown, with five of its games being decided by a single run, four games decided in the final at-bat and three games going into extra innings. In addition to the suspense of the outcome of many of its games, the Series had other highlights. For example, the series-deciding seventh game was a scoreless tie (0–0) through the regular nine innings, and went into extra innings; Minnesota won the seventh game by a score of 1-0 in the 10th inning, with their starting pitcher, Jack Morris, pitching all ten innings (Morris was named Most Valuable Player for the Series). With 69 innings in total, the 1991 World Series holds the record for longest seven-game World Series ever (some of the early years had nine-game Series, extending longer).