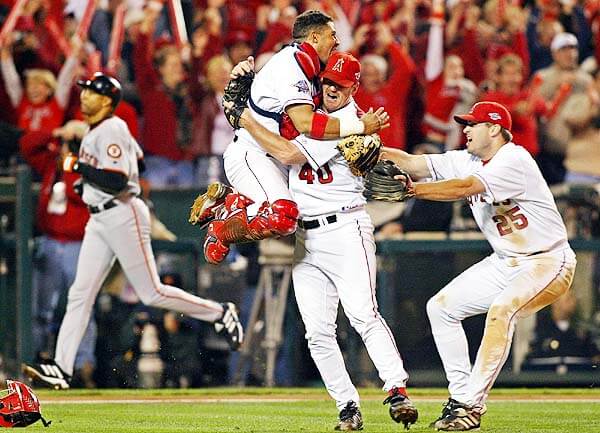 The 2002 World Series was a best-of-seven playoff series to determine the champion of Major League Baseball for the 2002 season. It was the 98th series between the champions of the American League (AL) and National League (NL), here respectively the Anaheim Angels and the San Francisco Giants. The series was played from October 19–27, 2002 at Pacific Bell Park (now AT&T Park) in San Francisco and Edison International Field of Anaheim (now Angel Stadium of Anaheim) in Anaheim. The Angels defeated the Giants four games to three to win the franchise’s first championship.