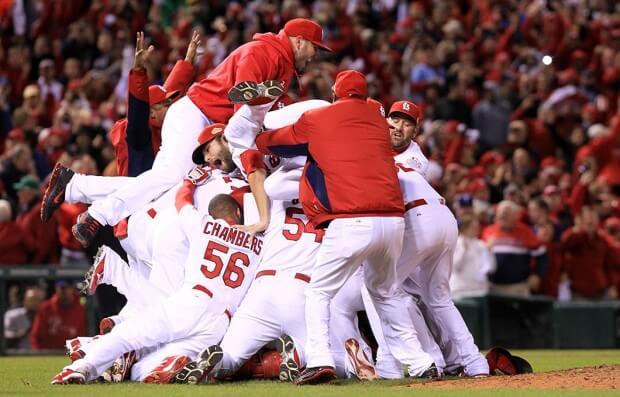 The 2006 World Series, the 102nd edition of Major League Baseball’s championship series, began on October 21 and ended on October 27, and matched the American League champion Detroit Tigers against the National League champion St. Louis Cardinals. The Cardinals won the Series in five games, taking Games 1, 3, 4 and 5. This was the third Series meeting between the Tigers and the Cardinals, the first in 38 years. St. Louis won the first in 1934, and Detroit won the second in 1968; each went the full seven games. The 1968 Series was the last before divisional play and an extra round of playoffs began.