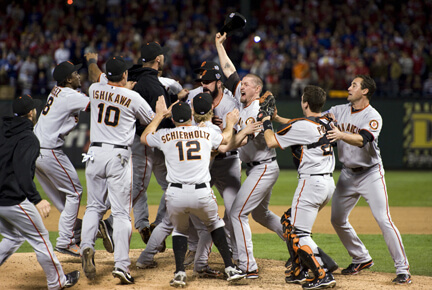 The 2010 World Series was the 106th edition of Major League Baseball’s championship series. The best-of-seven playoff, played between the American League champion Texas Rangers and the National League champion San Francisco Giants, began on Wednesday, October 27, and ended on Monday, November 1, with the Giants winning the series 4–1 to secure their first World Series championship since 1954 and their first since relocating to San Francisco from New York City in 1958.