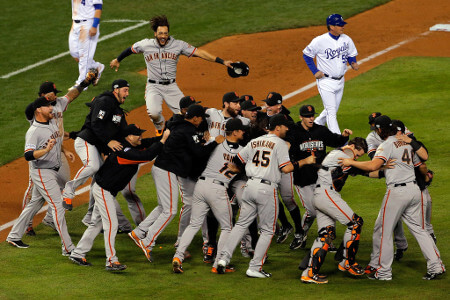 The 2014 World Series was the 110th edition of Major League Baseball’s championship series, a best-of-seven playoff between the National League champion San Francisco Giants and the American League champion Kansas City Royals. The Royals had home field advantage for the series as a result of the American League’s 5–3 victory in the All-Star Game. The Giants defeated the Royals, 4 games to 3, to clinch their third World Series championship in a five-season span and their third overall since their move to San Francisco from New York. This was also the Giants’ eighth World Series championship in franchise history.