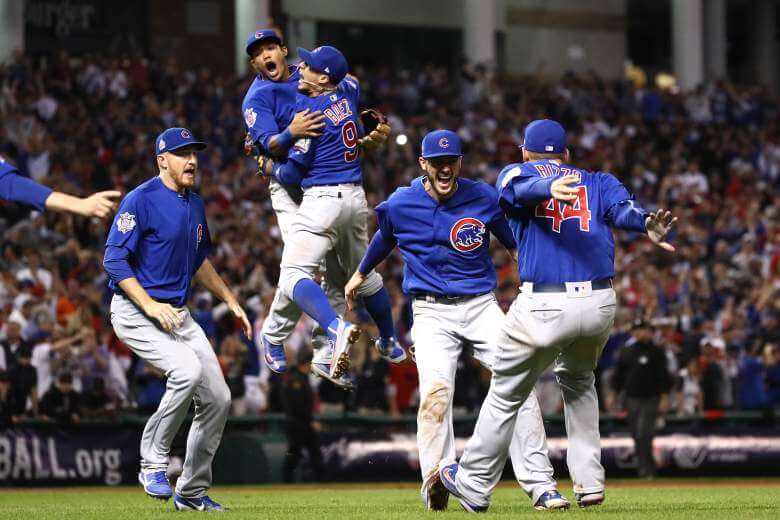 The 2016 World Series was the 112th edition of Major League Baseball’s championship series, a best-of-seven playoff between the National League (NL) champion Chicago Cubs and the American League (AL) champion Cleveland Indians, the first meeting of those franchises in postseason history. The Indians had a home-field advantage because the AL had won the 2016 All-Star Game. The Cubs defeated the Indians in seven games, for their first World Series victory in 108 years. They clinched the Series in Game 7 with an 8–7 win in extra innings, marking the fifth time that a Game 7 had gone past nine innings, the first one to have a rain delay, and that happened just as the tenth inning was about to start. It was only the sixth time in World Series history that a team came back from a deficit of three games to one to win a championship.