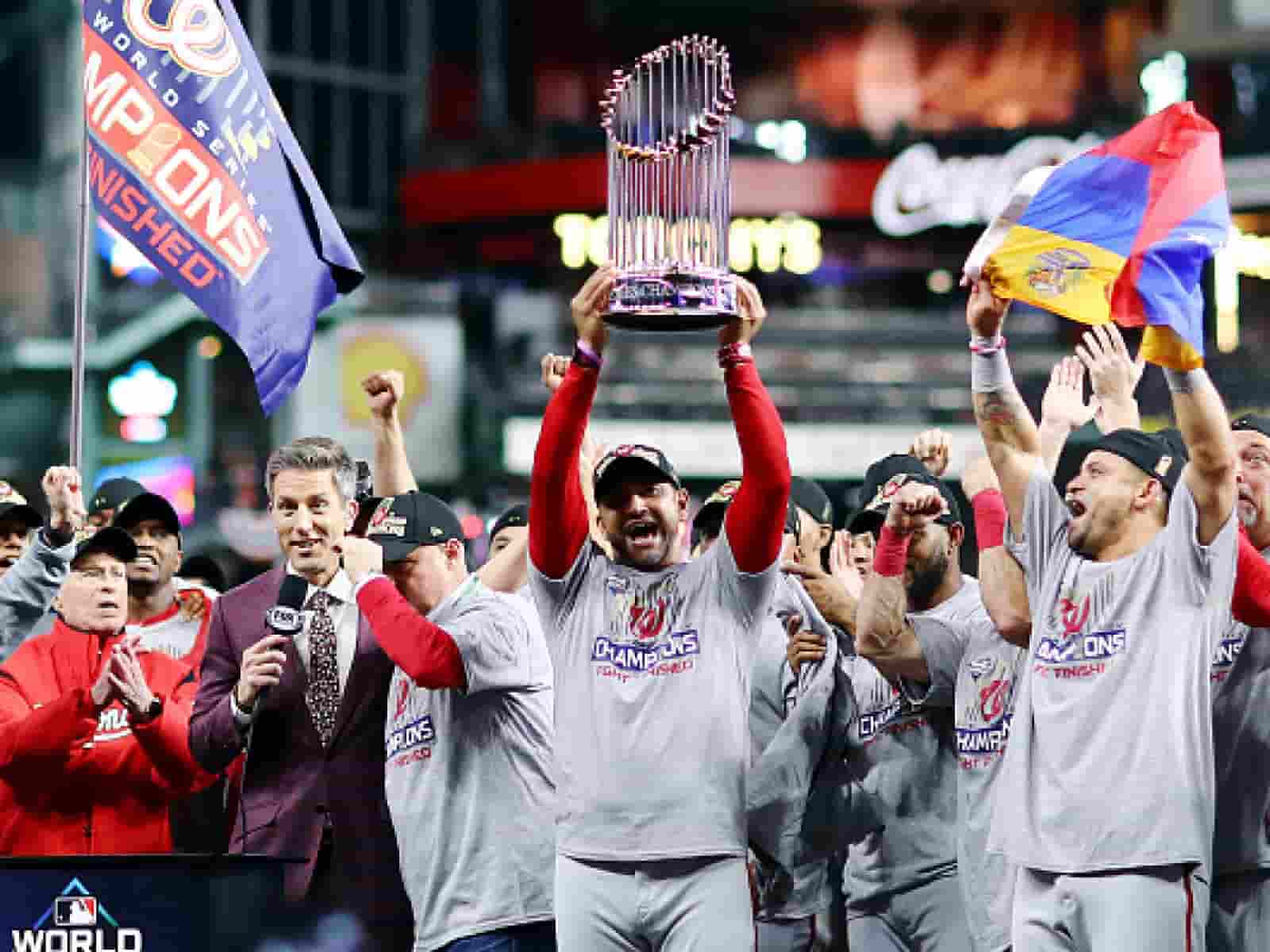 The 2019 World Series was the championship series of Major League Baseball’s (MLB) 2019 season. The 115th edition of the World Series, was a best-of-seven playoff played between the American League champion Houston Astros and the National League champion Washington Nationals. The series was played from October 22 to October 30. The Nationals won the series, four games to three, to secure their first title in franchise history. It was the first best-of-seven postseason series in any of the major North American sports in which the road team won the first six games—a record at the time—and subsequently, all seven games. Nationals pitcher Stephen Strasburg was named the World Series Most Valuable Player (MVP).