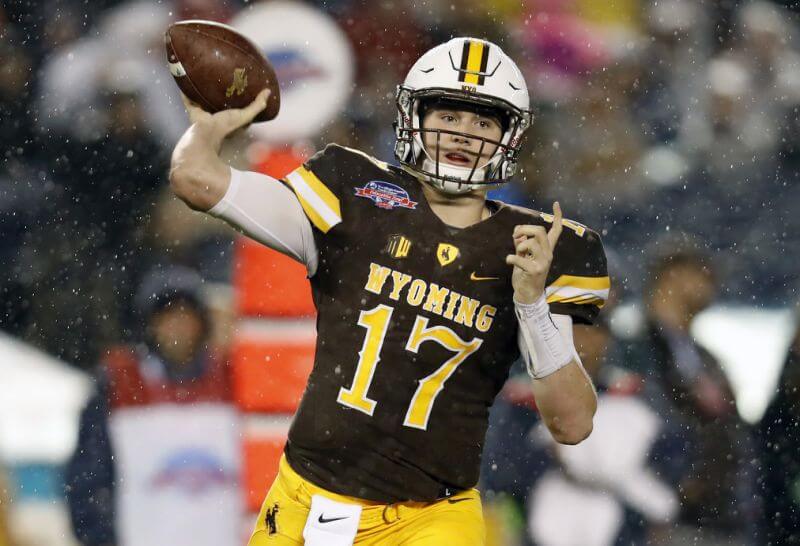 In his first year at Wyoming, he played in two games and made one start. In his first career start, he attempted only four passes before suffering a broken collarbone which ended his season; because the injury occurred early in the season, he qualified for a medical redshirt. Allen returned from the injury in 2016 and was Wyoming’s starter.

After throwing for over 3,200 yards and 28 touchdowns in 2016, he contemplated declaring for the 2017 NFL draft, initially telling his family, girlfriend, and a few friends that he would turn pro. Shortly before the deadline to declare for the draft, Vigen called Allen’s father to explain why he should stay at Wyoming an extra year; according to Eisenberg, “When Joel Allen got off the phone and entered his son’s room, he found his son riddled with anxiety about his decision.” Before the draft declaration deadline, Bohl told Allen that staying in school one more year would improve his long-term NFL prospects, and Allen also sought advice from Wentz, who told him that in the NFL, he would have many league veterans depending on him to “win games and help secure their jobs.” Allen ultimately remained at Wyoming. He threw for 1,812 yards, 16 touchdowns, and six interceptions in 2017.