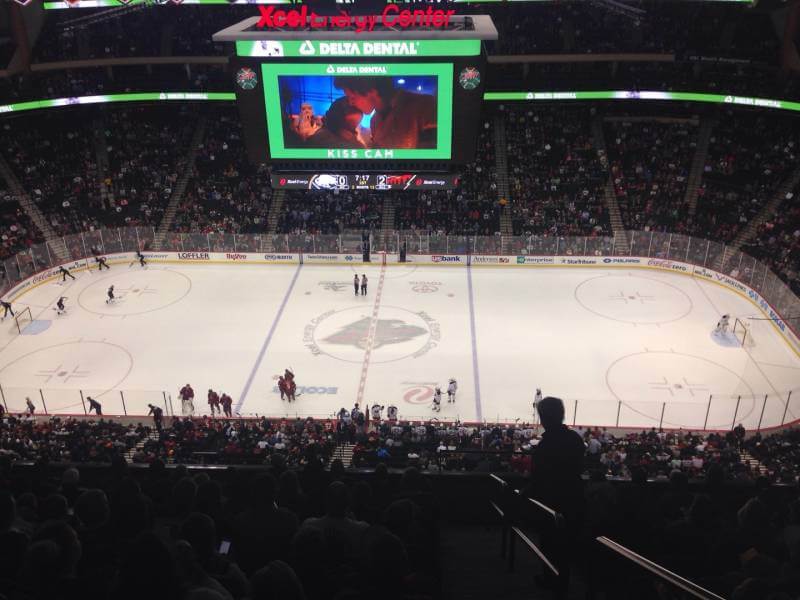 The State of Minnesota adopted legislation in April 1998 to loan $65 million to the City of St. Paul to fund 50% of the estimated $130 million project costs for the Xcel Energy Center in St. Paul. The legislation also provided that only $48 million of the loan needed to be repaid if the team met the requirements to have an agreement in place during the term of the lease with the Minnesota Amateur Sports Commission. The City of St. Paul issued an additional $65 million in bonds, with roughly 90% of the debt service on the bonds and the repayment of the state loan coming from scheduled rent and payment in lieu of taxes from the Minnesota Wild. The St. Paul Civic Center deconstruction began soon thereafter and the Xcel Energy Center design was announced. A groundbreaking ceremony for the Xcel Energy Center was hosted in St. Paul. It is named for its locally based corporate sponsor Xcel Energy. With an official capacity of 17,954, the arena has four spectator levels: one suite level and three general seating levels