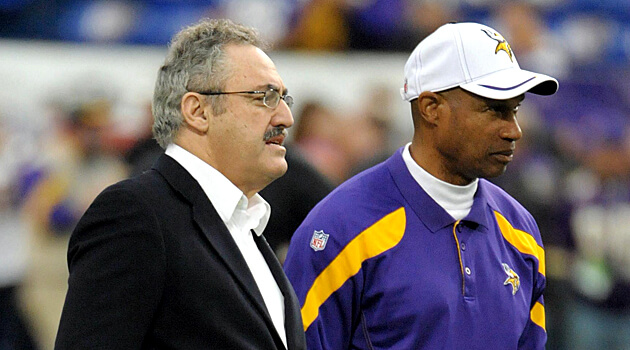 Wilf and five partners purchased the Minnesota Vikings of the National Football League from Red McCombs in 2005 for a reported US$600 million. Forbes estimates the 2014 value of the franchise at US$1.007 billion, or 21st of the 32 NFL teams.

For several years the Vikings and Wilf have stated that their former home, the Hubert H. Humphrey Metrodome was inadequate and had lobbied for a new stadium. In May 2012, the Minnesota Vikings moved closer to getting a new $975 million stadium after the state Senate approved a plan that relies heavily on public financing. Later that month the deal was signed by Gov. Mark Dayton and narrowly approved by the Minneapolis City Council, ending any speculation of relocation.