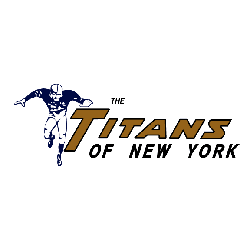 History of the Titans

The team was founded in 1959 as the Titans of New York, an original member of the American Football League (AFL); later, the franchise joined the NFL in the AFL–NFL merger in 1970. The team began to play in 1960 at the Polo Grounds and are now the New York Jets.

Wismer agreed to sell the team but attempted to prevent the sale with a bankruptcy filing. He contended that the move into Shea Stadium would lead to sufficient revenue to make the team profitable. A bankruptcy referee granted the league the authority to sell the team to a five-man syndicate composed of David A. "Sonny" Werblin, Townsend B. Martin, Leon Hess, Donald C. Lillis, and Philip H. Iselin. The sale of the team was approved by a court on March 15 and completed on March 28, 1963. The sale price was $1 million.

On April 15, 1963, the team named Wilbur "Weeb" Ewbank as their head coach and general manager. Ewbank had won back-to-back NFL championships in 1958 and 1959 with the Baltimore Colts and was one of the most respected coaches in the game. The Colts had fired Ewbank in favor of Don Shula, an untested 33-year-old. The team's colors were changed to green and white.

Nickname
Titans - "Titans of New York" is another name for giants. New owner Werblin also announced a new name for his team, the Jets, which had been selected from among 500 candidates submitted by "friends, enemies, and advertising agencies." The name was chosen over Dodgers, Borros, and Gothams. One of the few team nickname that does not have the city first trailed by the nickname.

Who is the greatest Titans of New York?