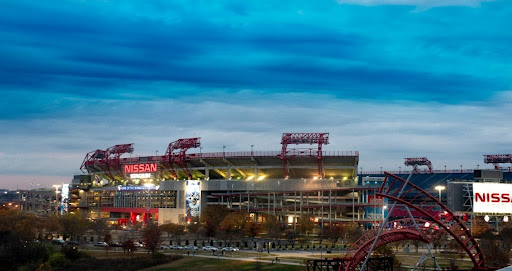 The Tennessee Titans is a Nashville-based professional American football team. They are members of the South Division of the American Football Conference in the National Football League.

The team was originally referred to as the Houston Oilers and began its professional football journey as a charter member of the AFL in 1960 as the then Houston Oilers.

The Houston Oilers won the AFL Championship twice before joining the NFL through the AFL-NFL merger. The modern-day Tennessee Titans had the most memorable season in 1999 when they made their way to the Super Bowl XXXIV since joining the NFL.

They left Houston for Tennessee in 1997 and began playing at the Liberty Bowl Memorial Stadium in Memphis. After a season, the club moved yet again to Nashville in 1998 to play at the Vanderbilt Stadium. During these two years, the team went by the name Tennessee Oilers, but it was later renamed Tennessee Titans in 1999.

Today, the Titans play at Nissan Stadium in Nashville, which debuted in 1999 as Adelphia Coliseum. Their training facility is at Saint Thomas Sports Park. Fans are known to place wagers on Titans games. Read on to learn more about Tennessee sports betting in more detail here.

A Chronology of Significant Events and Achievements

Established in 1960, the team has a rich history that stretches over six decades. Below are some of the most significant events and achievements to the team’s name:

Given their rich history, the Titans have developed an in-house culture that dictates how the team carries itself in the league. Here are some of the cultural practices that make the franchise stand out: 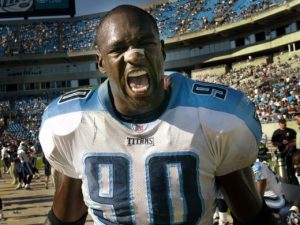 During the team’s first season in the new stadium, the field’s end zone section was often referred to as the Flame Pit. Since then, fans began rocking headwear resembling the flames, hence the name Flameheads.

These costumes became more popular during the Tennessee Titan’s successful years commencing at the turn of the century. Flames are heavily tied to the franchise because the Titan Prometheus in Greek mythology stole fire to give it back to humanity.

The Titan’s cheerleading squad is known as the Tennessee Titans Cheerleaders. When the franchise was under the name Huston Oilers, its cheering squad was called the Derrick Dolls.

This squad has always represented the team in all its NFL matches. The Cheerleaders perform at every home game that goes down at Nissan Stadium, regularly doing acts with the team’s mascot T-Rac.

The cheerleaders have a total of 28 members, inclusive of four captains and nine men. They are popular for their unique dance moves which include making high-risk stunts. Cheerleaders are also quite proactive in the community, often making appearances in community events in Middle Tennessee.

The raccoon mascot of the Tennessee Titans is the T-Rac, which launched during the franchise’s inaugural preseason game in August 1999. Therefore, the raccoon is typically the state animal of the Titans. T-Rac makes appearances during all games at Nisan Stadium and in community events across Tennessee.

During all home games, the Nissan Stadium always plays a video of office linebacker Terry Tate in the game’s fourth quarter. The video is performed by Lester Speight, echoing the catchphrase “the pain train’s coming.” This is then followed by a play of Folsom Prison Blues by Johnny Cash, a renowned and favorite Nashville singer.

Following each Titans home first down, the jumbotrons must play a scene from the 300 Movie where Spartans chant after King Leonidas poses “What is your profession?” the Titans fan crowd simultaneously responds thrice in a chant “HA-OOH! HA-OOH! HA-OOH! This chant was recently incorporated into the video game Madden NFL 22.

The Titans Radio Network broadcasts on about 70 other stations. The franchise had put up a fight against placing any of its matches on Sirius XM Radio. According to the team’s radio network, this was because the franchise’s contract with Citadel Broadcasting, which is the parent company of both WGFX and WKDF, does not provide for the NFL to reserve satellite-radio rights.

The Tennessee Titans extended their contracts with their existing radio partners in 2011 while creating a provision that allows home games to air on SiriusXM.

Most Titans preseason matches are televised on Nexstar WKRN-TV, an ABC affiliate in Nashville. You can also check the weekly Tuesday night show The Mike Vrabel Show, previously known as Titans on 2. These preseason matches are distributed across a network of Nexstar stations in the state and a handful of affiliates.