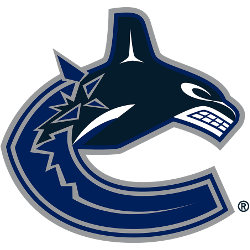 The Vancouver Canucks are a professional ice hockey team based in Vancouver, British Columbia. They are members of the Pacific Division of the Western Conference of the National Hockey League (NHL). The Canucks play their home games at Rogers Arena, formerly known as General Motors Place, which has an official capacity of 18,860. Henrik Sedin is currently the captain of the team, Willie Desjardins is the head coach and Jim Benning is the general manager.

The Canucks joined the league in 1970 as an expansion team along with the Buffalo Sabres. In its NHL history, the team has advanced to the Stanley Cup Finals three times, losing to the New York Islanders in 1982, the New York Rangers in 1994 and the Boston Bruins in 2011. They have won the Presidents’ Trophy in back-to-back seasons as the team with the league’s best regular season record in the 2010 – 2011 and 2011 – 2012 seasons. They won three division titles as a member of the Smythe Division from 1974 to 1993, and seven titles as a member of the Northwest Division from 1998 to 2013.

Nickname
Canucks – Johnny Canuck, who originally appeared as a Canadian political cartoon character in 1869, was reinvented as a comic book action hero who fought Adolf Hitler, among other villains, during World War II. Canuck is also slang for Canadian, making Vancouver’s hockey team the Canadian equivalent of the New York Yankees—with a little less money.

Who is the greatest Vancouver Canucks?