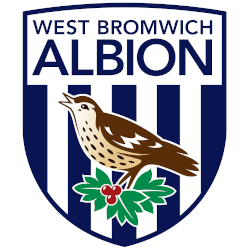 Albion was one of the 12 founding members of the Football League in 1888, the first professional football league in the world. The club has spent the majority of its existence in the top tier of English football, where as of 2020 - 2021 it has played for 82 seasons. The club has been champions of England once, in 1919 - 2020, and has been runners-up twice. Albion teams have reached ten FA Cup finals and won the Cup on five occasions. The first win came in 1888, the year the league was founded, and the most recent in 1968, the club's last major trophy. It also won the Football League Cup at the first attempt in 1966. The club's longest continuous period in the top division spanned 24 years between 1949 and 1973, and from 1986 to 2002 it spent its longest ever spell out of the top division.

Nickname
The Baggies, The Throstles, The Albion
Although known in their early days as "the Throstles", the club's more popular nickname among supporters came to be the Baggies, a term which the club itself looked down upon for many years but later embraced. The phrase was first heard at the Hawthorns in the 1900s, but its exact origins are uncertain.

Who is the greatest West Bromwich Albion FC?