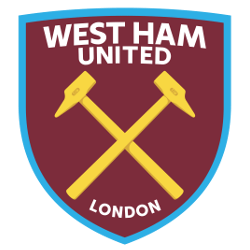 The club was founded in 1895 as Thames Ironworks and reformed in 1900 as West Ham United. They moved to the Boleyn Ground in 1904, which remained their home ground for more than a century. The team initially competed in the Southern League and Western League before joining the Football League in 1919. They were promoted to the top flight in 1923, when they were also losing finalists in the first FA Cup Final held at Wembley. In 1940, the club won the inaugural Football League War Cup.

Nickname
The Irons, The Hammers
West Ham have two very strong nicknames, "The Hammers" and "The Irons" although both derive from the same history. The original team was founded in 1895, as a company team and recreational outlet for local workers of the Thames Ironworks, the famous shipbuilding yard. The nickname "The Irons" has been around since then and when the club crest became two crossed over hammers, the club also adopted the nickname "The Hammers."

Who is the greatest West Ham United FC?