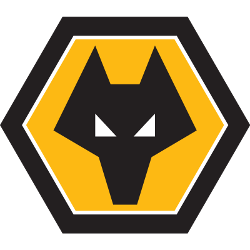 History of the Wolverhampton Wanderers FC

Wolverhampton Wanderers Football Club, commonly known as Wolves, is a professional association football club based in Wolverhampton, England. Formed as St. Luke's F.C. in 1877, the club has played at Molineux Stadium since 1889 and has been competing in the Premier League, the top division of English football, since winning promotion in 2018. The 2021–22 season is the club's 67th season in total at the highest level and the eighth since the foundation of the Premier League in 1992.

Wolves have won the FA Cup four times, most recently in 1960, and finished runners-up on a further four occasions. The club has also won the League Cup twice, in 1974 and 1980, and finished top of all four divisions in the English professional game.

After becoming one of the first British clubs to install floodlights at its home ground, Wolves arranged televised "floodlit friendlies" against leading overseas club sides between 1953 and 1956, which were instrumental in the launch of the European Cup (now known as the UEFA Champions League) in 1955. Wolves reached the quarter-finals of the competition in 1959–60 as well as the semi-finals of the 1960–61 European Cup Winners' Cup and the inaugural UEFA Cup Final in 1972. Following a 39-year absence from European competition, they reached the UEFA Europa League quarter-finals in 2020.

Wolves' traditional kit consists of old gold shirts and socks with black shorts. Since 1979, the kit has also featured the club's "wolf's head" logo. Long-standing rivalries exist with other clubs from the West Midlands, the main one being the Black Country derby contested with West Bromwich Albion. The two clubs most recently faced off during the 2020–21 season for the first time since 2011–12, with the match on 16 January 2021 coming nearly nine years after the previous meeting on 12 February 2012.

Who is the greatest Wolverhampton Wanderers FC?