The Grey Cup is the most-watched viewed event in the world of Canadian sport. The competition determines which team will become the champions of the Canadian Football League (CFL), which is like American football but with the exception that CFL grids are larger, and teams have an extra player than in the NFL.

The popularity of CFL in Canada 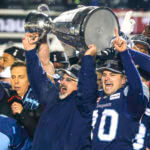 The tournament is an important part of Canadian culture, partly because it is so specific to Canada. In the eyes of some, if not many Canadians, the Grey Cup, and the CFL are a way of maintaining cultural differences between their country and the USA.

That’s not to say the NFL isn’t popular in Canada. The country’s football league faces stiff competition from its hugely successful American counterpart. Even so, some observers of the CFL still enunciate the question that many may well have been asking: Is the CFL better than the NFL?

Despite the competition from the NFL, there are major signs that fans are staying loyal to the CFL and following the Grey Cup. In the turmoil of 2020, fans had asked how they could do their bit for the league and for the teams.

In response, the CFL announced its Fan Base that allows fans to inscribe their name on the base on which the Grey Cup trophy will stand in all its public appearances. The proceeds from the inscriptions will go to the teams and their players.

Of course, you do not have to be a Grey Cup fan to follow the tournament. Many people now like to place bets on this event. With sports betting laws currently being discussed in Canada, it can be confusing for Canadians on which sports betting sites are legal and secure. That is why selecting a sports betting site from a list of fully licensed and legal betting sites is the best option, the list also highlights any bonuses and offers available too! If you are wanting to place a bet on matches like the Grey Cup it is a good idea to study the form of the different teams and how things have gone down in the past.

A look at the history of the Grey Cup 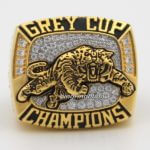 The first trophy was awarded in 1909 and was to represent the amateur football championship. This was at a time when Canadian football bore a closer resemblance to rugby football, rather than to football as we know it today.

In those early years, collegiate teams dominated Canadian football. The University of Toronto was the first winner and held onto the trophy for two more championships before the Hamilton Alerts broke the chain.

As time went on, the game becomes more the gridiron game that spectators watch today. By the 1950s, this was the case and professional teams had begun to dominate the competition for the cup. Trusteeship passed to the CFL in 1966.

When it comes to Grey Cup wins, the Toronto Argonauts have been the most prolific, winning the competition 17 times since their first Grey Cup triumph in 1914. Their 2017 win, in which the team beat the Calgary Stampeders 27-24 out in the snow, in Ottawa, is particularly memorable.

Behind them are Edmonton Football Team (formerly the Edmonton Eskimos), who have won the trophy 14 times, and the Winnipeg Blue Bombers, who have laid their hands on the cup 11 times. Both teams, as well as winning the title, have been prolific in terms of actual appearances in clashes to decide who the league champions will be. 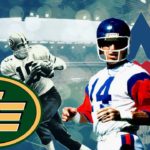 If you were putting money on a team, given the stats you might choose the Blue Bombers, the Argonauts, or Edmonton. You might have to think again, however, as the competition has produced some notable upsets in the past.

Prior to their 2017 Grey Cup defeat, the Calgary Stampeders lost out to the Ottawa Redblacks in dramatic fashion. The Stampeders had scored 10 points in the final quarter to force the game into extra time. Unfortunately for them, the Redblacks would hit back in this extra frame and push the game to 39-33 in their favor.

This was one of the biggest upsets in Grey Cup history, as there had been speculation around whether quarterback Henry Burris would play. A knee injury had created anxieties in the team, and spectators were bracing themselves for the Stampeders to steamroller over the Ottawa Redblacks.

Who will win the upcoming Grey Cup?

The chaos of 2020 and the cancellation of the Grey Cup due to Coronavirus means that Winnipeg remains the defending champions just now, but analysts, fans, and bookmakers don’t have them down as the favorites to win them.

Who do they think will topple them? 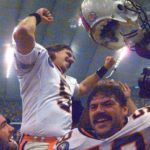 The Hamilton Tiger-Cats are the main favorites (+300) to knock the Bombers of their championship perch. The team was able to recreate a large part of the roster that a 15-3 regular-season record in 2019. Quarterbacks Jeremiah Masoli and Dane Evans gave the team excellent pivot options, which count for a lot in the grueling CFL season.

That does not mean the bookmakers have completely written off Winnipeg, however. Depending on the bookmaker, either the Bombers or the Saskatchewan Roughriders are the second most likely to be lifting the trophy at the end of the championship game. Winnipeg has one of the best offensive lines, if not the best, in the league, and the Roughriders have the potential to turn games around in an instant thanks to the duo of Shaq Evans and Kyran Moore.

Fans of the CFL have a lot to look forward to when the Grey Cup takes place in December. The league is highly competitive and, as a result, there’s always the possibility of an upset. Whether the Winnipeg Blue Bombers will hang onto their title is something Canada and the wider world will witness towards the end of the year.