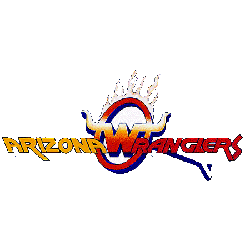 The Arizona Wranglers were a professional American football team that played in the United States Football League in the mid-1980s.

Nickname
Wranglers – A wrangler is someone employed to handle animals professionally, especially horses. The word “wrangler” is derived from the Low German “wrangle” meaning “to dispute” or “to wrestle.”

Who is the greatest Arizona Wranglers?