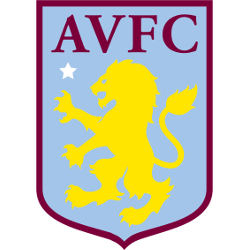 Founded in 1874, they have played at their home ground, Villa Park, since 1897. Aston Villa were one of the founder members of the Football League in 1888 and of the Premier League in 1992. Villa are one of only five English clubs to have won the European Cup, in 1981 - 1982. They have also won the Football League First Division seven times, the FA Cup seven times, the League Cup five times, and the UEFA Super Cup once.

Nickname
Villans, The Villa, The Lions, The Claret & Blue Army
Aston Villa is one of the teams that has gone by many different names throughout the years so they have a few. "Lions" and "Villans" were the originals derived from the lion on the team’s crest and the fact that the stadium stands on what was once a villa. The "Claret and Blue" and "The Villa" are now the most popular nicknames, they come from the colors of the kit and an adaption from the original "Villans." "Villans" was often easily confused as it was spelt incorrectly from the word villains.

Who is the greatest Aston Villa FC?