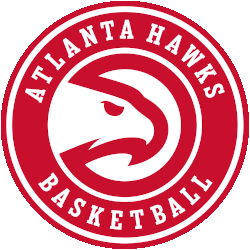 History of the Hawks

The Atlanta Hawks are a professional basketball team based in Atlanta. The Hawks compete in the National Basketball Association (NBA) as a member team of the league’s Eastern Conference Southeast Division. The team plays its home games at Philips Arena.

The team’s origins can be traced to the establishment of the Tri-Cities Blackhawks in 1946 in Moline, Illinois, a member of the National Basketball League (NBL) and owned by Ben Kerner & Leo Ferris. In 1949, they joined the NBA as part of the merger between the NBL and the Basketball Association of America (BAA) and had Red Auerbach as coach briefly. In 1951, Kerner moved the team to Milwaukee, where they changed their name to the Hawks. Kerner and the team moved again in 1955 to St. Louis, where they won their only NBA championship in 1958 and qualified to play in the NBA Finals in 1957, 1960, and 1961. The Hawks played the Boston Celtics in all four of their trips to the NBA Finals. The St. Louis Hawks moved to Atlanta in 1968, when Kerner sold the franchise to Thomas Cousins and former Georgia Governor Carl Sanders.

Nickname
Hawks - In 1948, the cities of Moline and Rock Island, IL, and Davenport, IA—collectively known as the Tri-Cities at the time—were awarded a team in the National Basketball League. The team was nicknamed the Blackhawks, who, like Chicago's hockey team, was named after the Sauk Indian Chief Black Hawk. When the team moved to Milwaukee in 1951, the nickname was shortened to Hawks. The franchise retained the shortened moniker for subsequent moves to St. Louis and finally Atlanta in 1968.

Who is the greatest Atlanta Hawks?