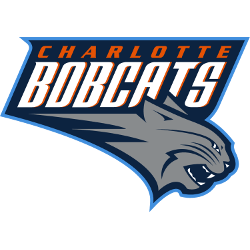 Nickname
Bobcats - The three finalists in the name-the-team contest for Charlotte's 2004 expansion franchise were Bobcats, Dragons, and Flight. Bobcats CEO Ed Tapscott: "I think the athleticism of the feline species plays well with the NBA concept," he said. "Bobcats are indigenous to western North Carolina. It has not been used in a pro-sports environment."

Who is the greatest Charlotte Bobcats?