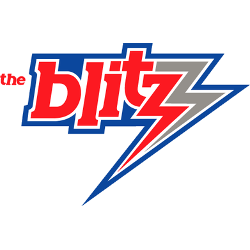 History of the Blitz

The Chicago Blitz was a professional American football team that played in the United States Football League in the mid-1980s.

The Blitz was one of the twelve charter franchises of the USFL. The owner was originally slated to be J. Walter Duncan, an Oklahoma oil magnate who had grown up in Chicago. However, league founder David Dixon persuaded Duncan to take on ownership of the New York City franchise–what became the New Jersey Generals–after its original owner, Donald Trump, pulled out.

With Duncan's withdrawal, legendary NFL coach George Allen and Southern California developer Bill Harris applied for the vacant Chicago franchise. A search for capital led them to renowned heart surgeon Dr. Ted Diethrich, who had originally expressed interest in a franchise for his hometown of Phoenix. Allen and Diethrich had been friends since the 1970s when Diethrich gave a talk on heart disease to Allen's Washington Redskins. However, he agreed to join Allen and Harris' group in return for controlling interest. Diethrich served as president, with Harris as executive vice president and Allen as chairman of the board and head coach.

Nickname
Blitz – Blitz the QB, a strategy used by a defensive unit in which they will have a player other than a member of the defensive line attempt to pressure the quarterback.

Team’s Final Outlook
This resulted in one of the most unusual transactions in sports history. Diethrich sold the Blitz to fellow surgeon James Hoffman, then bought the Wranglers from Joseph. Hoffman and Diethrich then engineered a swap of assets in which George Allen, the Blitz coaching staff and most of the Blitz players moved to Phoenix while most of the Wranglers roster moved to Chicago.

Who is the greatest Chicago Blitz?