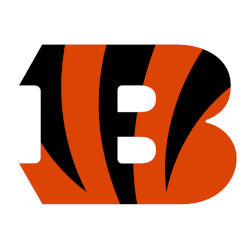 The Cincinnati Bengals are a professional American football franchise based in Cincinnati, Ohio. The Bengals currently compete in the National Football League (NFL) as a member club of the league's American Football Conference (AFC) North division. Their home stadium is Paul Brown Stadium in downtown Cincinnati. Their current head coach is Marvin Lewis, who has held the position since 2003 and is currently the second-longest tenured head coach in the NFL, behind the New England Patriots' Bill Belichick. Their chief rivals are the Pittsburgh Steelers, Cleveland Browns, and the Baltimore Ravens.

Nickname
Bengals - Team owner, general manager, and head coach Paul Brown nicknamed Cincinnati’s AFL expansion franchise the Bengals in 1968 in honor of the football team nicknamed the Bengals that played in the city from 1937 - 1942. According to Brown, the nickname “would provide a link with past professional football in Cincinnati.” Brown chose Bengals over the fans’ most popular suggestion, Buckeyes.

Who is the greatest Cincinnati Bengals?