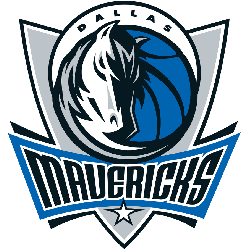 History of the Mavericks

The Dallas Mavericks (often referred to as the Mavs) are an American professional basketball team based in Dallas. The Mavericks compete in the National Basketball Association (NBA) as a member club of the league’s Western Conference Southwest Division. The team plays its home games at the American Airlines Center, which it shares with the National Hockey League’s Dallas Stars. According to a 2016 Forbes magazine report, they are the ninth most valuable basketball franchise in the NBA, valued at approximately $1.4 billion. As of the 2013 season, the Mavericks have sold out 477 consecutive games since December 15, 2001, the longest currently running sellout streak in North American major league sports.

Nickname
Mavericks - A Dallas radio station sponsored a name-the-team contest and recommended the finalists to team owner Donald Carter, who ultimately chose Mavericks over Wranglers and Express. The 41 fans who suggested Mavericks each won a pair of tickets to the season opener and one of those fans, Carla Springer, won a drawing for season tickets. Springer, a freelance writer, said the nickname "represents the independent, flamboyant style of the Dallas people."

Who is the greatest Dallas Mavericks?