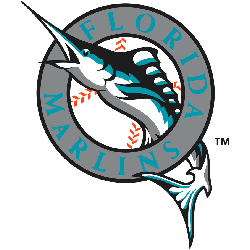 History of the Marlins

Wayne Huizenga, CEO of Blockbuster Entertainment Corporation, was awarded an expansion franchise in the National League (NL) for a $95 million expansion fee and the team began operations in 1993 as the Florida Marlins. MLB had announced a few months earlier that it intended to add two new teams to the National League. It was a foregone conclusion that one of them would be placed in Florida; the only question was whether Huizenga would beat out competing groups from Orlando and Tampa Bay. Orlando fielded a very spirited campaign bolstered by its family-oriented tourism industry. Tampa Bay already had a baseball park—the Florida Suncoast Dome in St. Petersburg, completed in 1990. However, on June 10, 1991, the National League awarded a Miami-based franchise to Huizenga. The franchise adopted the nickname "Marlins" from previous minor league teams, the Miami Marlins of the International League from 1956 to 1960, and the Miami Marlins (1962–70) and Miami Marlins (1982–88) teams that played in the Florida State League.

Rebranding into the Miami Marlins, the team introduced a new color scheme, with orange, black and blue. The "M" insignia is white with orange, yellow, and sky blue accents, along with a stylized abstract marlin on top.

Nickname
Marlins – The old nickname was revived from back in the 1950’s from the International League and Florida State League called the “Marlin,” a popular sporting fish.

Who is the greatest Florida Marlins?