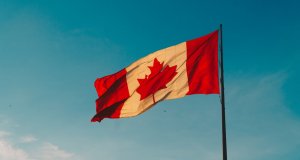 Next came cricket, and then basketball. Sports Show shocked the world by placing hockey in fourth place—ahead of American football, baseball, tennis, and more. With 2.2 billion fans, hockey came out ahead… though the data used incorporates field hockey alongside ice hockey.

For those in Canada, this stat wasn’t a shock as much as a nod to what many fans already know: few sports deliver on the action, technical skill, and unique gameplay factors like ice hockey. Not only is hockey viewership climbing to new heights in Canada, but the country’s robust sports betting market has also given fans up north a chance to get closer to the action.

However, in the US, sportsbooks have been launched in states like Pennsylvania, New Jersey, Colorado, and Michigan only operational since 2018. Sports fans interested in betting tips and insight from top pundits have shown a preference for the NFL, NBA, and college sports more than hockey. However, the NHL is likely to receive more attention as the market expands; given the sports fast-paced and dynamic nature, it’s a perfect sport for prop bets and parlays.

But how did hockey become a staple in Canada? Can it be chalked up to a cold climate—and, if so, how does it beat out highly lucrative leagues like the NFL, MLB, and PGA? Let’s take a closer look.

Hockey Excels in the Battle Abroad

In the US, American football is the country’s most popular sport. In fact, it’s such a common feature in sporty homes that the NFL and NCAA work together to prevent broadcasting overlaps: the NCAA takes Saturdays and the NFL takes Sundays.

Even so, neither league ventures north. Canada has its own CFL league—which could see a new joint venture with the US’s third football league, the XFL. This merger would see all five major league sports (football, basketball, baseball, soccer, and hockey) split franchises and time between Canada and the US.

Still, the presence of other highly-produced sports leagues has shaken Canadian fidelity to hockey. What’s more, Canada’s national sport has succeeded abroad, while basketball and American football have struggled to jump abroad (though the MLB has worthy partners in Korea and Japan’s KBO and NPB leagues).

The KHL serves as Europe’s highest tier of ice hockey and regularly sees top professionals move back and forth between the NHL and KHL. The ICFH also oversees hockey federations that are active in 76 countries today.

The US’s ‘national pastime’ of baseball has a similar timeline and origin as ice hockey, with both sports evolving from simple games once played in Great Britain. Hockey was once a form of polo and shinny, while baseball was once known as rounders. The US started its first baseball league in 1871, while the first indoor ice hockey game was played in 1875 in Montreal. 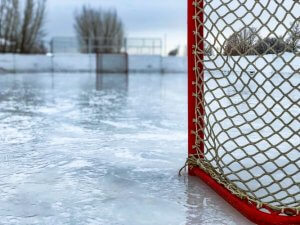 But there’s one crucial difference in Canadian identity in relation to hockey: it’s all about climate. Baseball originated as rounders in the UK—but ice hockey is a purely Canadian invention, born from steely winters and frozen ponds.

Beyond its origin, hockey has also served a social function. It offers a cultural tie for all citizens and provides a space for battles to be fought in the regulated arena of sports. But hockey has even stepped into political sectors in the past.

During the early 1980s, the Quebec Nordiques recruited three amateur players from Czechoslovakia, which marked one of the first non-partisan interactions between the then-USSR and North America. A few years later in 1987, Canada played host to the Russian national team for a weekend of exhibition matches that saw countrymen cross-national and political boundaries.

Thirty years later, the sport isn’t loosening its hold on the Canadian heart—even with today’s amplified sports offerings. And with 2020’s NHL Stanley Cup bubble one of the most successful sporting events that year, it’s clear Canada will go to great lengths to foster its national sport.