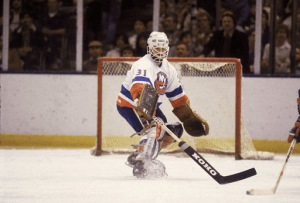 Under head coach Barry Trotz and general manager Lou Lamoriello, the New York Islanders have re-emerged as an NHL powerhouse.

The Isles reached the playoffs in each of their first three years under Trotz and Lamoriello. This included trips to the 2020 and 2021 Eastern Conference Finals, where they fell to the eventual Stanley Cup champion Tampa Bay Lightning on both occasions.

A tough schedule to open the season, a COVID-19 outbreak and a rash of injuries to key players have led to a disappointing 2021-22 campaign.

The Islanders opened the year with the fifth-best 2022 Stanley Cup odds, but they’re on their way to a non-playoff season for the first time since 2018. Nowadays, sports betting has finally arrived in the Empire State, with top sportsbooks like BetMGM, Caesars, and DraftKings launching earlier this year.

At any rate, the long-term future of the Islanders looks very promising. And perhaps it won’t be long until the franchise’s glory years return.

In 1972, the Empire State welcomed a third NHL team, the New York Islanders.

The New York Rangers — one of the “Original Six” franchises —  now had a second inner state rival to complement the Buffalo Sabres, who entered the NHL in 1970.

New York missed the playoffs in each of their first two seasons, but the necessary short-term pain would lead to the franchise’s golden years in the ensuing ‘80s decade.

Former Los Angeles Kings goalie Billy Smith was picked up in the 1972 Expansion Draft, giving the franchise its long-term answer in the net.

Hall of Fame hockey coach Al Arbour was hired as the Isles’ new bench boss in 1973. And the rest, as they say, is history. 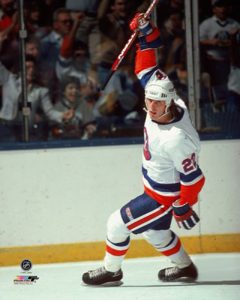 The core of Gillies, Potvin, Bossy, Trottier, and Smith kept on taking New York to the postseason.

But it wasn’t until GM Bill Torrey acquired Los Angeles Kings star forward Butch Goring in 1980 that the Isles finally emerged as a historic powerhouse.

The Islanders’ bid for a fifth straight title ended in 1984, however, when the Wayne Gretzky-led Oilers took down Bossy and company in five games to claim the Stanley Cup. The Oilers became their own dynasty by winning five championships between 1984 and 1990.

To date, 1984 marks the Islanders’ most recent Stanley Cup appearance.

A back injury forced Bossy to retire in his prime at the age of 30 in 1987. Potvin would retire one year later due to a series of nagging injuries. Smith’s performance regressed in the post-dynasty years,  and he called it quits after the 1988-89 season.

Gillies and Trottier would join the Sabres and Pittsburgh Penguins, respectively, near the end of their careers. The end of New York’s dynasty would be the painful beginning of a frustrating 30-year stretch.

The Isles stunned Mario Lemieux and the Pittsburgh Penguins in the second round of the 1993 playoffs, thanks to David Volek’s iconic winner in overtime of Game 7. That would be New York’s final playoff series win until 2016.

Led by 2009 first overall pick John Tavares, New York would return to the postseason in 2013 (lost to Pittsburgh in round one), 2015 (lost to the Washington Capitals in round two), and 2016.

They defeated the Florida Panthers in six games to win their first series since 1993, only to be dispatched by the Lightning in round two.

After the Toronto Maple Leafs opted not to renew Lou Lamoriello’s contract in 2018, the Hall of Fame executive took over for Garth Snow as the new GM.

Tavares’ decision to leave the Islanders in free agency for his childhood team, the Maple Leafs, was supposed to set the franchise back for many years.

But in a surprise, legendary head coach Barry Trotz left the Capitals following the team’s 2018 Stanley Cup championship season; the two sides were unable to reach an agreement on a new deal.

Trotz came in and quickly implemented his signature and sound defensive structure. In just one year, the Islanders went from giving up the most goals in 2017-18 (296) to the fewest (196).

New York swept the powerhouse Penguins in the opening round of the playoffs, though the underdog Carolina Hurricanes proceeded to sweep them in round two.

This was only the start of something special. Lamoriello kept getting his core players to re-up on hometown discounts. The players just kept on playing better two-way games under Trotz, culminating in trips to the 2020 and 2021 Eastern Conference Finals.

Losing Tavares initially hurt, but the hirings of Trotz and Lamoriello kick-started a new era of Islanders hockey that could very well lead to multiple Stanley Cups in the not-so-distant future.