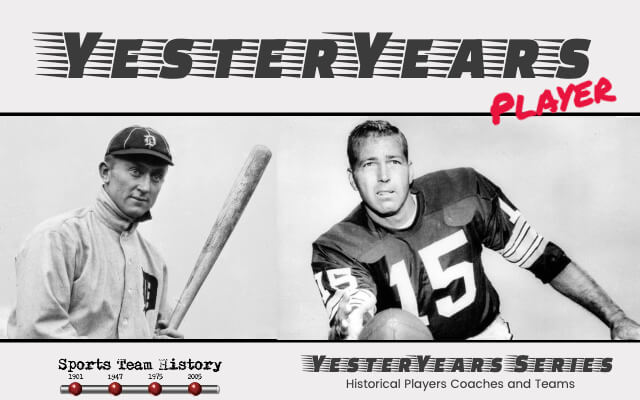 Sports Team History has a new series called "YesterYears," which will look at past sporting legends, coaches, and teams. This series will analyze different sports' greatest players, their coaches, and the dynasty teams.

The saying goes that you can 'put a face to the name,' but when it comes to one of the US' favorite sports, you can put the silhouette to the logo with one of the biggest names – Jerry West. From his humble beginnings in West Virginia, the small, frail Jerry wouldn't be what you'd expect from a future superstar. But his obsession with basketball at a young age laid the foundations for one of the most prolific NBA careers. Picking up nicknames along the way such as "Mr. Clutch" or "Mr. Outside," his 14-year career with the LA Lakers, the Olympic team's captaincy, and future management career have seen him win an enviable reputation. It's no wonder he's so recognizable and is the silhouette featured in the NBA logo.

Born in Chelyan, West Virginia, Jerome Alan West was the fifth of six children to Cecile Sue West and Howard Stewart West. Jerry West was born into a poor household with an abusive father – he later claimed he slept with a shotgun under his bed for self-defense. No doubt, this contributed to his own aggressive behavior in his youth, which was reversed when his older brother, David, was killed in the Korean War. The once-outgoing child became an introvert, his body weak and frail, and he was kept apart from playing sports at school. But that didn't stop him shooting at a basketball hoop, spending days upon days honing his skills. 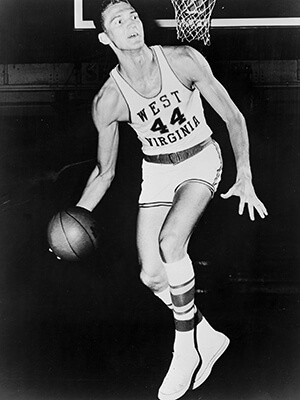 At East Bank High School (later changed to West Bank High School in his honor), West was benched by his coach because of his height. But it didn't take him long to grow up, both physically and knowledgeable about the game. He became the freshman captain and grew to 6ft by 1953, establishing himself as one of the finest high school players. With an average of 32.2 points per game, his mid-range jump shot became a trademark he honed over the years.

After winning the state championship, West continued his studies and sports, graduating in 1956. Over 60 universities wanted to sign him, but he stayed true to his hometown school. He excelled again during his final season, scoring 29.3 points per game and a shooting average of 50.4%, these being just some of his college career highs. He was a true West Virginia Great.

In 1960, West co-captained the US men's basketball team at the Summer Olympics and won the gold medal. After this, everyone was betting on the NBA to begin their draft, with the Minneapolis Lakers the lucky recipients of West. He was the first draft pick after the Lakers relocated to Los Angeles (and changed the name to the Los Angeles Lakers we all know now). Alone and out of his comfort zone, he got the nickname "Tweety Bird" and "Zeke from Cabin Creek" due to his high-pitched voice. But his ability to reach up to 16 inches above the rim on a vertical jump soon silenced his teammates. In just the second season with the Lakers, West earned the name "Mr. Clutch" for hitting shots in a game's last minutes.  The 1965 - 1966 season was a career-best, with 31.3 points and 7.1 rebounds and making a record 840 free throws. He also earned more nominations for the All-Star Team and All-NBA First Team. Injury hindered him in the 1966 - 1967 season, with West only managing to play 66 regular games. The 1968 NBA Finals set up the Lakers against the Boston Celtics, but again victory was taken from West and his team for the sixth time in ten years.

West's form wasn't up to his freshman standards, but that didn't stop him from being a pivotal part of the squad. Before the 1971 - 1972 season, West considered giving up the game, but in 1972, Jerry West finally got his hands on the trophy he'd been playing towards. Playing against the New York Knicks, West scored 21 points in Game 3, scoring 4,002 playoff points (a record at the time). Twenty-three points in Game 5 helped them win the competition, with West winning his first-ever NBA title. All that even with West himself admitting to having played a terrible series.

After the 1973 - 1974 season, West's Lakers career came to an end. He admitted that he could have carried on but only for Lakers and no one else, but we'll leave the internal politics there. When he departed, he'd scored more points than any other Laker in the history of the franchise.

West stayed with the Lakers, working as a coach, honing fellow legend skills, Kareem Abdul-Jabbar. He then carried on working for the Lakers as a scout before becoming their general manager. He actually attained more championships in this position than as a player, but no wonder when he brought in the likes of Kobe Bryant and Shaquille O'Neal to the squad. 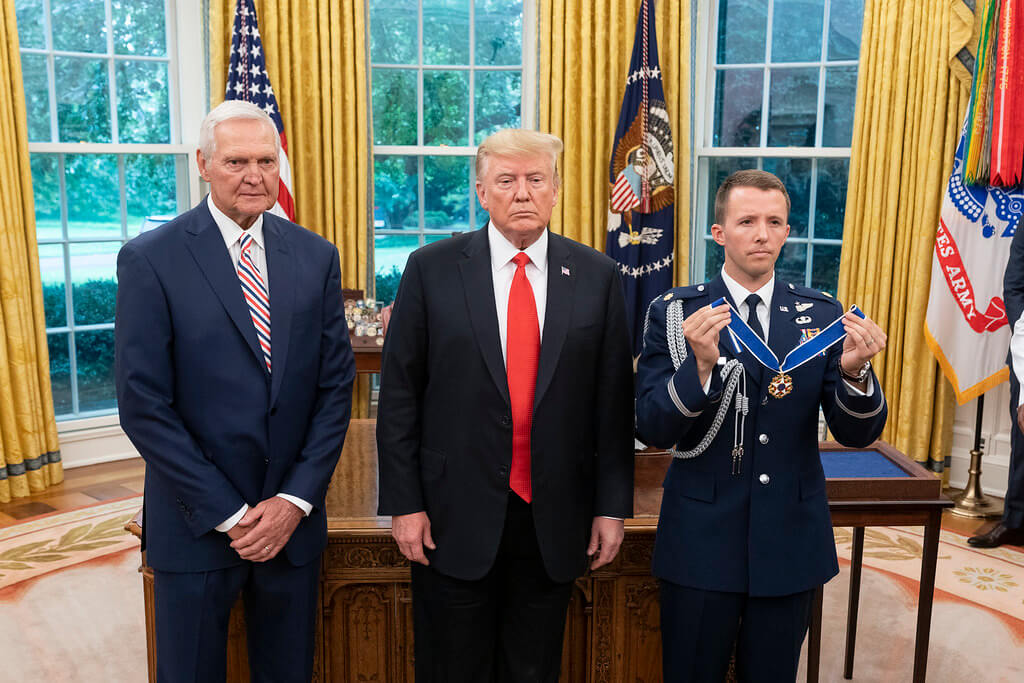 In 2002, we saw West become the general manager of the Memphis Grizzlies, the first time he'd been associated with another NBA team. Further moves saw him join the Golden State Warriors as a board member in 2011 and then again, another executive board member move in 2017 for the Los Angeles Clippers.

In 2019, West was presented with the Medal of Freedom by President Donald Trump in the White House.