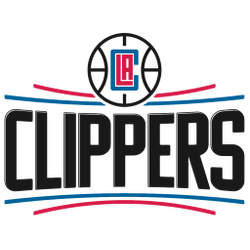 The franchise was founded in 1970 as the Buffalo Braves, one of three expansion teams to join the NBA that year. The Braves moved from Buffalo, New York to San Diego in 1978 and became known as the San Diego Clippers. In 1984, the Clippers moved to Los Angeles. Through much of its history, the franchise failed to see significant regular season or playoff success. The Clippers were frequently seen as an example of a perennial loser in American professional sports, drawing unfavorable comparisons to the historically successful Lakers, with whom they have shared a market since 1984 and an arena since 1999.

Nickname
Clippers – In 1978, San Diego welcomed the relocation of the Buffalo Braves’ franchise because the city had lost their Rockets to Houston seven years earlier. San Diego team officials didn’t think Braves was a representative nickname for the club.

A contest decided on Clippers because the city was known for the great sailing ships that passed through San Diego Bay. When the Clippers moved to Los Angeles in 1984, they kept their nickname.

Who is the greatest Los Angeles Clippers?