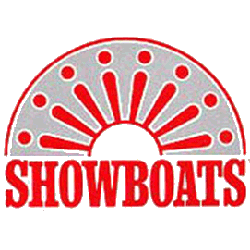 History of the Showboats

The Memphis Showboats were an American football franchise in the United States Football League. They entered the league in its expansion in 1984 and made the 1985 playoffs, losing in the semifinal round to the Oakland Invaders. Perhaps the most prominent players on the Showboats' roster during their two seasons of existence were future Pro Football Hall of Fame member Reggie White and future professional wrestler The Total Package Lex Luger.

Memphis food manufacturer Logan Young was awarded an expansion franchise for Memphis on July 17, 1983. However, soon after hiring Memphis native and former college coach Pepper Rodgers as head coach and signing a lease to play in the Liberty Bowl Memorial Stadium, he discovered that most of his assets were tied up in a trust fund that he couldn't access. Ultimately, he was forced to take on limited partners, then sell a controlling interest to cotton magnate William Dunavant, remaining as team president.

Despite White's play, the Showboats finished fourth in the Southern Division and missed the playoffs. Like the rest of the division, they were left far behind by the Birmingham Stallions and Tampa Bay Bandits. However, like most of the USFL's other Southern teams, they were a runaway hit at the box office. Indeed, they were one of the few teams whose crowds actually grew as the season progressed.

The Showboats broke through in 1985, finishing fourth in the East and earning a playoff berth. They should have traveled to Denver's Mile High Stadium to face the Denver Gold. However, the Gold's local support had practically vanished after the USFL announced it was moving to the fall. ABC Sports did not want the embarrassment of showing a half-empty stadium. It forced Harry Usher to give Memphis home-field advantage in the first round since the Showboats had been among the league's attendance leaders once again. The Showboats thrashed the Gold 48-7 before losing to the Oakland Invaders 28–19 in the semifinals.

The Showboats represented a serious attempt to form a viable professional football organization and seemed to have a realistic chance to have been a viable business if the overall management of the USFL had been more realistic and financially sound. Indeed, like the World Football League's Memphis Southmen before them, the Showboats appeared to be on more solid footing than the league as a whole. The Showboats' attendance figures made Dunavant a supporter of the USFL's move to the fall. Although Memphis was only a medium-sized market (while Memphis proper had 650,000 people, the surrounding suburbs and rural areas are not much larger than the city itself), Dunavant believed his team's popularity would have made it very attractive to the NFL in the event of a merger. After the USFL's antitrust lawsuit failed, the Showboats threw their support behind Charlie Finley's proposal to convince the Canadian Football League to expand into the U.S. market; the CFL rejected the plan, bringing the Showboats to an end.

Nickname
Showboats – A river steamboat on which theatrical performances are given. A showboat, or show boat, was a form of theater that traveled along the waterways of the United States, especially along the Mississippi and Ohio rivers.

Team’s Final Outlook
The Showboats ceased to exist, along with all other USFL franchises, when the league failed to collect significant damages in its 1986 anti-trust suit against the NFL.

Who is the greatest Memphis Showboats?