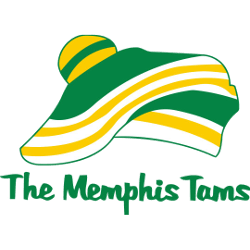 The Memphis Tams were an American professional sports franchise that played in Memphis, Tennessee from 1972 until 1974 as a member of the American Basketball Association.

Nickname
Tams -The winning entry in a “Rename the Team” contest was the Memphis Tams, perhaps one of the few entries that could be said to have been even less likely than “Pros.” The nickname is an acronym for Tennessee – Arkansas – Mississippi.

Who is the greatest Memphis Tams?