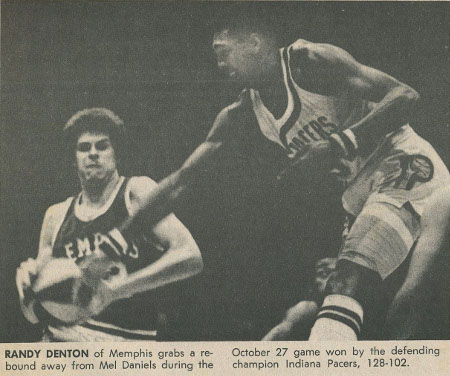 The Tams continued to be a mess, as Charles Finley began trying to sell the team, as he once again looked to move them this time to Rhode Island. However, Finley would be unable to load the Tams, who had a new coach in Butch van Breda Kolff. On the court, they continued to struggle, as a frustrated van Breda Kolff who was unable to contact Finley, claimed the Tams could be a solid team if they ever had solid backing from ownership. Fan support would collapse, as the team continued cost-cutting moves as programs were replaced by typed mimeographed lineup sheets. Once again the Tams would finish dead last with a horrible record of 21-63.