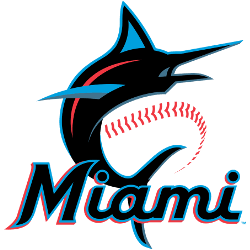 The Miami Marlins are an American professional baseball team based in Miami, Florida. The Marlins compete in Major League Baseball (MLB) as a member club of the National League (NL) East division. Their home park is Marlins Park. Though one of only two MLB franchises to have never won a division title (the other is the Colorado Rockies), the Marlins have won two World Series championships as a wild card team.

Nickname
Marlins – The old nickname was revived from back in the 1950’s from the International League and Florida State League called the “Marlin,” a popular sporting fish. However, the team officially adopted the Miami Marlins name on November 11, 2011. This was part of a funding agreement between the team and the city of Miami for the team’s new stadium set to open in 2012.

Who is the greatest Miami Marlins?