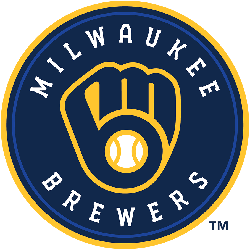 The Milwaukee Brewers are an American professional baseball team and are based in Milwaukee, Wisconsin. The team is named for the city’s association with the brewing industry. Since 2001, the Brewers have played their home games at Miller Park, which has a seating capacity of 41,900.

Nickname
Brewers – The Brewers nickname, a nod to Milwaukee’s beer industry, was used off and on by various Milwaukee baseball teams during the late 19th century. In reference to the local unique cream brick industry and brewing industry respectively. In particular, some famous breweries included Schlitz “The beer that made Milwaukee famous”, Blatz, Pabst, and later Miller Beer, which today holds naming rights to the current stadium.

Who is the greatest Milwaukee Brewers?