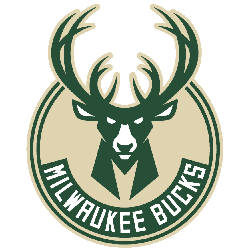 The Milwaukee Bucks are an American professional basketball franchise based in Milwaukee, Wisconsin. The Bucks compete in the National Basketball Association (NBA) as a member team of the league’s Eastern Conference Central Division. The team was founded in 1968 as an expansion team, and played at the BMO Harris Bradley Center. Former U.S. Senator Herb Kohl was the long-time owner of the team, with John Hammond as current general manager; as of April 16, 2014 a group led by billionaire hedge fund managers Wesley Edens and Marc Lasry agreed to purchase a majority interest in the team from Kohl, a sale which was approved by the owners of the NBA and its Board of Governors a month later on May 16. The team is currently valued at $675 million according to Forbes, ranking second-to-last in the league.

Nickname
Bucks – This team’s nickname was chosen from more than 14,000 contest entries, and the winner was R.D. Treblicox of Whitefish Bay, Wis. His choice of Bucks for the club that entered the NBA in 1968 won him a new car.

Despite Wisconsin’s hunting tradition, the most popular entry in the contest to name Milwaukee’s NBA franchise wasn’t Bucks. It was Robins. The judges overruled the public and decided on a more indigenous (and much stronger) name. The choice could have been much worse: Skunks was among the other entries.

Contest judges chose a name that reflected the fish and game area “because it is indigenous to Wisconsin,” said then-General Manager John Erickson. Given the hunting tradition in Wisconsin, they saw bucks as being spirited, good jumpers, fast and agile.

“The predominance of bucks led us to the name.”

Who is the greatest Milwaukee Bucks?