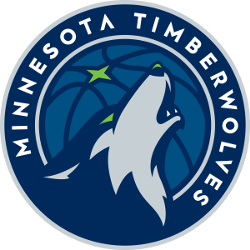 The Minnesota Timberwolves are an American professional basketball team based in Minneapolis, Minnesota. The Timberwolves compete in the National Basketball Association (NBA), as a member club of the league’s Western Conference Northwest Division. Founded in 1989, the team is owned by Glen Taylor. The Timberwolves play their home games at Target Center, their home since 1990.

Like most expansion teams, the Timberwolves struggled in their early years, but after the acquisition of Kevin Garnett in the 1995 NBA draft, the team qualified for the playoffs eight consecutive times from 1997 to 2004. Despite losing in the first round in their first seven attempts, the Timberwolves won their first division title in 2004 and advanced to the Western Conference Finals. Garnett was also named the NBA Most Valuable Player Award for that season. The team has been in rebuilding mode for the past decade since missing the playoffs in 2005, and trading Garnett to the Boston Celtics in 2007. Garnett returned to the Timberwolves in a February 2015 trade and finished his career there, retiring in the 2016 offseason.

Nickname
Timberwolves – The franchise conducted a “name the team” contest and eventually selected two finalists, “Timberwolves” and “Polars”, in December 1986. The team then asked the 842 city councils in Minnesota to select the winner and “Timberwolves” prevailed by nearly 2 to 1. Tim Pope, who was one of the first fans to nominate Timberwolves, won a trip to the NBA All-Star Game. Pope submitted 10 nicknames in all, including Gun Flints. "I thought a two-word name would win," he told a reporter. The most popular entry in the contest was Blizzard, but the team wanted a nickname that was more unique to its home state. "Minnesota is the only state in the lower 48 with free-roaming packs of timber wolves," a team official said. The team was officially named the “Minnesota Timberwolves” on January 23, 1987.

Who is the greatest Minnesota Timberwolves?