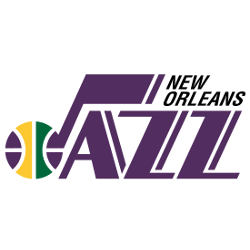 On June 7, 1974, the New Orleans Jazz were admitted as an expansion franchise into the National Basketball Association (NBA). Team officials choose the name because of its definition in the dictionary: collective improvisation. The team began its inaugural season in New Orleans in the 1974 – 1975 season. The team’s first major move was to trade for star player Pete Maravich (who had played collegiately at LSU) from the Atlanta Hawks for two first-round draft picks, three second-round picks, and one third-round pick over the next three years. Although he was considered one of the most entertaining players in the league and won the scoring championship in 1977 with 31.1 points per game, the Jazz’ best record while in New Orleans was 39–43 in the 1977 – 1978 season. Maravich struggled with knee injuries from that season onward.

Nickname
Jazz – The Jazz nickname was originally chosen through a name the team contest, which produced seven other finalists: Dukes, Crescents, Pilots, Cajuns, Blues, Deltas, and Knights. As the undisputed “jazz capital of the world”, the city embraced the new name. And, for the second time, Jazz had been born in New Orleans. To convey a distinct Mardi Gras theme, purple gold, and green colors were used and the logo featured the ‘J’ as an eighth note. The team colors were actually selected prior to the name.

Who is the greatest New Orleans Jazz?