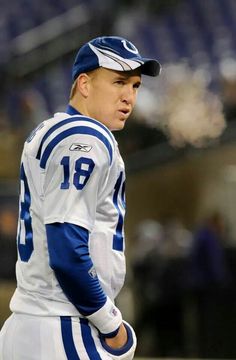 Peyton Manning is a former American Football Quarterback, who played in the NFL for 18 seasons. He was considered to be one of the greatest quarterbacks of all time, having spent 14 seasons with the Indianapolis Colts and four with the Denver Broncos. He is one of the NFL's most recognizable players, even nicknamed ‘the Sheriff’, thanks to his tendency to audible prior to the snap.

Back in his heyday, if you were betting on the NFL, you sure would be betting on Manning. And even though his career ended in 2015, he is still recognized as being one of the best quarterbacks in the league of all time, next to Tom Brady.

In spite of his career as a quarterback having been ended, the legacy he leaves behind is not truly over.

What is Manning’s Legacy?

Manning entered the NFL with as much pressure on him as is on almost any player in the game's modern history. But, he left the game as one of pro football's all-time best quarterback craftsmen, having answered the big question that had once plagued him in his early years and thus cementing his legacy as one of the greatest quarterbacks to ever do so.

He was the son of a former NFL quarterback, and he had an incredible career. In fact, in his brilliant 18-year career, he became one of the most decorated quarterbacks of all time with his two teams. There was something about 18 years for him that was just a good number, as he said in his emotional retirement speech.

Manning left the Colts in 2011 after he missed an entire season due to a major neck injury, some were afraid he would never play again, and when the Colts earned the top pick in the ‘12 draft, with prospect Andrew Luck, his exit was clear, and so he took the high road.

Then, after choosing the Denver Broncos in one of the biggest ever free-agent derbies of all time, Manning authored only the sixth seven touchdown game ever, he won the MVP in 2013 and then led Denver to two more Super Bowls. He more than deserved his walk-off performance, even if when he did leave, he was well past his prime.

But, even though he was not at his peak by this stage, he was capable of the unthinkable. He relied more on his instincts and elite preparation of the physical gifts he had that started to slowly dwindle. He always found a way to reform his game, and it was probably all down to his study habits over the decades. He showed us that being a quarterback was mostly about study and thinking, and not just about the physical aspects of the sport. 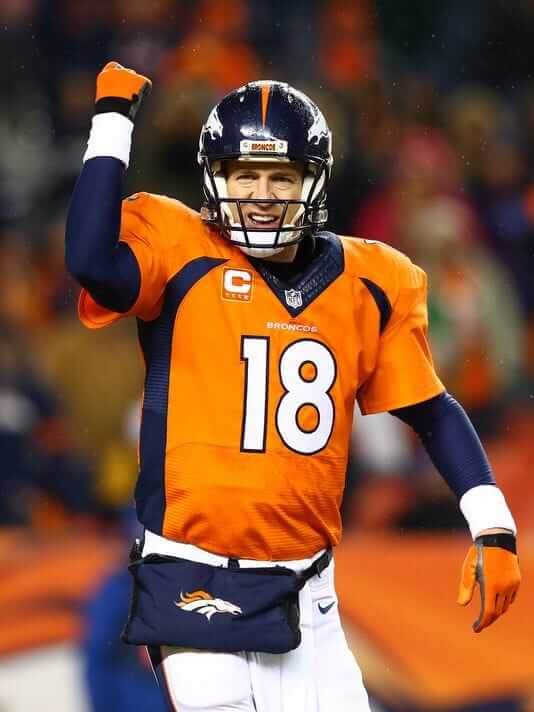 In his career, he won five Associated Press MVP awards, made it to 14 Pro Bowls, and threw for more than 4,000 yards on 14 occasions, including a single-season record of 5,477 back in 2013. He also set the mark for touchdown passes in a season with 55, which is five more than was ever logged in a single year.

He is also the third all-time in pass yards, as well as passing touchdowns for his career, behind Tom Brady and Drew Brees for both of these marks.

He had 54 game-winning drives, and 43 fourth-quarter comebacks, which rank as being first in league history. Manning was a no-brainer for the hall of fame selection in the 2021 class, and he was formally inducted back in the summer of 2021 in Canton, Ohio.

Manning had a secret to his success, and in his speech to the graduating class of ‘14, he credited his successes to his legendary preparation and his willingness to see things in unique ways. He said ‘If you asked me how long I watch films to prepare, I wouldn’t tell you, because I never kept a clock… I just watch until I feel ready. I watch and I prepare.’

He spent so much time studying the film footage to prepare himself, and get himself ready for the games ahead, a thorough studying and preparation that made him able to adequately lead his team onward and into victory as many times as he did.

Doing this made it possible for him to truly thrive when he was in his peak years, but it also allowed him to find significant successes even after his neck injury when his physical skills swindled. It really shows just how much you can do when you just really knuckle down.