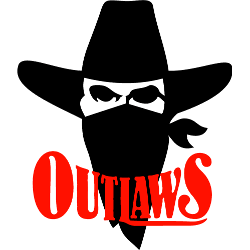 The Oklahoma Outlaws were a professional American football team that played in the United States Football League in the mid-1980s.

Nickname
Outlaws – The Outlaws name comes from the gunslingers known to be in the Oklahoma region.

Team’s Final Outlook
Despite advancing to the championship game, Dietrhich wanted out after losing millions for the second year in a row. He sold the Wranglers’ assets to Tatham, and Tatham relocated the Outlaws to Arizona for the 1985 season as the Arizona Outlaws, and took the Wranglers’ place at Arizona State University’s Sun Devil Stadium. Since Tatham inherited all of the Wranglers’ player contracts, this deal was reported by some outlets as a merger.

Who is the greatest Oklahoma Outlaws?