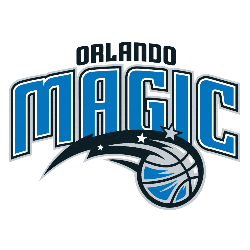 The Orlando Magic is an American professional basketball team based in Orlando, Florida. The Magic compete in the National Basketball Association (NBA) as a member club of the league’s Eastern Conference Southeast Division. The franchise was established in 1989 as an expansion franchise, and such notable NBA stars as Shaquille O’Neal, Penny Hardaway, Patrick Ewing, Grant Hill, Tracy McGrady, Steve Francis, Dwight Howard, Vince Carter, and Rashard Lewis have played for the club throughout its young history. The franchise has also played in the NBA playoffs for more than half of its existence (14 playoff appearances in 27 years), and twice went to the NBA Finals, in 1995 and 2009. Orlando has been the second most successful of the four expansion teams brought into the league in 1988 and 1989 in terms of winning percentage, after fellow Floridian team Miami Heat.

Nickname
Magic – Out of a total of 4,296 submitted entries, the Orlando Sentinel sponsored a name-the-team contest for Orlando’s prospective expansion franchise, Challengers—an allusion to the space shuttle that crashed in 1986—was the most popular suggestion. Other entries included Floridians, Juice, Orbits, Astronauts, Aquamen, and Sentinels, but the panel of judges, including Orlando team officials who reviewed the suggestions, decided to go with Magic. The name is an obvious nod to the tourism-rich city’s main attraction, Disney World.

Who is the greatest Orlando Magic?