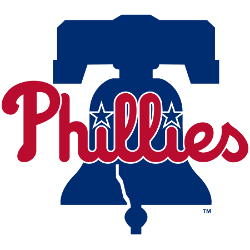 History of the Phillies

The Philadelphia Phillies are an American professional baseball franchise based in Philadelphia, Pennsylvania. They are the oldest continuous, one-name, one-city franchise in all of the professional American sports, dating back to 1883. The Phillies compete in Major League Baseball (MLB) as a member club of the National League (NL) East division. Since 2004, the team’s home has been Citizens Bank Park, located in South Philadelphia.

The franchise was founded in Philadelphia in 1883, replacing the team from Worcester, Massachusetts, in the National League. The team has played at several stadiums in the city, beginning with Recreation Park and continuing at Baker Bowl; Shibe Park, which was later renamed Connie Mack Stadium in honor of the longtime Philadelphia Athletics manager; Veterans Stadium, and now Citizens Bank Park.

From 1883 to 2021, the Phillies' overall win-loss record is 9,935–11,112 (.472). Despite their longevity and their rabid fan base, the Phillies are a team historically associated with futility, being the first American sports franchise to amass over 10,000 losses. The team has only won two World Series titles, winning their first in 1980 (the last of the "Original Sixteen" Major League Baseball franchises to win a World Series), and their second in 2008. The franchise holds the world record for most ever losses by a single franchise in any professional sport.

Nickname
Phillies – Founded in 1883 as the Quakers, the franchise changed its nickname to the Philadelphias, which soon became Phillies. “Phillies” or “Phils” is a short form of “Philadelphias”, in the style of the 19th Century, when a city would be referred to by writers that way (“Bostons,” “Chicagos,” etc.) Philadelphia itself is often called “Philly” for short. New owner Robert Carpenter held a contest to rename the team in 1943 and Blue Jays was selected as the winner. While the team wore a Blue Jay patch on its uniforms for a couple of seasons, the nickname failed to catch on.

Who is the greatest Philadelphia Phillies?