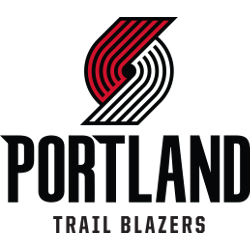 The Portland Trail Blazers, commonly known as the Blazers, are an American professional basketball team based in Portland, Oregon. The Trail Blazers compete in the National Basketball Association (NBA) as a member club of the league’s Western Conference Northwest Division. The team played its home games in the Memorial Coliseum before moving to Moda Center in 1995 (called the Rose Garden until 2013). The franchise entered the league as an expansion team in 1970, and has enjoyed a strong following: from 1977 through 1995, the team sold out 814 consecutive home games, the longest such streak in American major professional sports at the time, and only since surpassed by the Boston Red Sox. The Trail Blazers have been the only NBA team based in the bi-national Pacific Northwest, after the Vancouver Grizzlies relocated to Memphis and became the Memphis Grizzlies in 2001, and the Seattle SuperSonics relocated to Oklahoma City and became the Oklahoma City Thunder in 2008.

Nickname
Trailblazers – When Portland was granted an NBA franchise on February 24, 1970. The executive vice president of the club held a contest where fans could enter a team name for the chance to not only name the new team, but also to receive two season tickets for the first year. The winner of this contest was Blake Byrne, a general sales manager of the television station KPTV. However, Byrne wasn’t the only one to enter the name “Trail Blazers” – it was entered by a total of 172 people, and his name was chosen at random as the winner of the ticket contest.

Of the more than 10,000 entries, Pioneers was the most popular, but was ruled out because nearby Lewis & Clark College was already using the nickname. Another popular entry was Trail Blazers, whose logo is supposed to represent five players on one team playing against five players from another team. Portland was the end of the Oregon trail, a trial which brought millions of people into the American west. A Trailblazer was someone who opened up the route for the wagons to travel upon. This name was usually a former fur trapper who knew the area well.

Who is the greatest Portland Trailblazers?