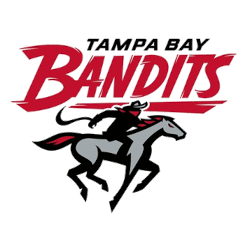 History of the Bandits

The Tampa Bay Bandits are a professional American football team based in Tampa, Florida. The Bandits compete in the United States Football League (USFL) as a member club of the league's South division. They currently play their home games at Protective Stadium and Legion Field in Birmingham, Alabama, which also hosts the University of Alabama at Birmingham Blazers.

The USFL league announced the 2022 season will be played by the following eight teams Birmingham Stallions, Houston Gamblers, Michigan Panthers, New Jersey Generals, New Orleans Breakers, Philadelphia Stars, Pittsburgh Maulers, and Tampa Bay Bandits. All of these teams were a part of the original league play in the 80s'.

Nickname
Bandits – A robber or outlaw belonging to a gang and typically operating in an isolated or lawless area. The team is incorrectly presumed to be named the Bandits due to Burt Reynolds' appearance in the hit Smokey and the Bandit movies; it was named after the owner's daughter's German Shepherd dog.

Who is the greatest Tampa Bay Bandits?