The Tampa Bay Buccaneers - a professional American Football Team established in Tampa, Florida. It is owned by the Glazer family and started competing in the National Football League as one of its member clubs in 1976.

They have won two Super Bowl titles and are one of only two NFL franchises to remain unbeaten in multiple Super Bowl appearances. Their history started in 1974. 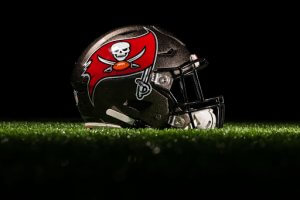 After joining the NFL in 1976, the Bucs were moved to the NFC central in the following year. After this, they didn’t win their first game until the 13th week of the second season.

Until the Detroit Lions in 2008, the Bucs were the first team to go winless for an entire season in 1976, and this made them the recipient of so many jokes. They were considered the worst NFL team, scoring only 125 points for the entire season and giving up 412.

Despite McKay’s coaching, the team often appeared incompetent with missed tackles, fumbling, and a crippling inability to score. Since the team was fresh, the fans’ patience soon began to wear thin, and everyone questioned his coaching.

As if their losing streak was not enough, the team started to lose players to injuries and had to resort to hiring players off the street.

Their first win came in 1977, against the New Orleans Saints, which was a miracle because they had started the season even worse than they did in 1976. Their 33-14 victory left them pumped, and they scored another one in the 1977 season finale in a battle with the St. Louis Cardinals.

After this particular win, their fans stormed the field and tore down the goalposts in excitement.

Till 1978, the team continued to improve, even though their wins were far and in between, with them not achieving that winning streak promised by their coach, John McKay. However, in 1979, the Buc’s situation improved rapidly, with the maturation of their Quarterback, Doug Williams. They kicked off the season with five consecutive victories, and in their final contest against the Kansas City Chiefs, they made the playoffs. They also made the playoffs in 1981 and 1982.

1983 was a different ball game, however. Doug Williams, one of their star players, demanded a raise. Despite his skills, he was one of the lowest-paid players, with a salary of $120,000. At the end of that season, he demanded a raise to $600,000, which was very reasonable at that point, seeing how skillful he was. However, Culverhouse refused that amount and settled at $400,000. Despite McKay’s pleas, he didn’t budge.

Offended that Culverhouse had refused to pay him a befitting amount for his status, Doug left the club. Without Doug, the team was left disorganized, and they started their next season by losing their first nine games. People argued that the club’s woes were majorly due to the way Culverhouse ran the organization, and indeed, things began to change after his death due to king cancer in 1994.

Though Tony Dungy was employed as coach in January 1996, the Bucs maintained their failure until November 1996. Many people wondered how Tony managed to turn the underdogs into champions, and always, he would talk about his habit loop.

Kickstart by running the ball, adding play-action, subtracting your opponent’s rushing game, and dividing them with an intense pass rush. To top it off, multiply the scores with turnovers. That’s it for simple Dungy Math.

Their history of success started with this simple Tampa American football defensive scheme. This formula was so transformational that even till today, it is still being talked about. Although he didn’t lead Tampa Bay to win the trophy, he still serves as an inspiration because when they did win the trophy, they did so using this method. These days, school kids are motivated to solve forms of linear equations and mathematics formulas and questions using Tony Dungy as an icon. There are also several algebra bundles and personal puzzles that implement this.

By taking calculated steps and working on already existing foundations, Tony changed the Tampa Bay Buccaneers. Learning from this technique can significantly help improve your skills, especially in mathematics. It can help you approach a complex problem with calm, ease, and critical thinking, just like Tony Dungy. 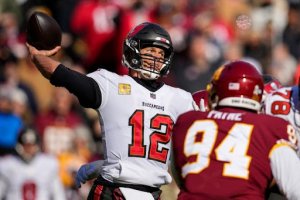 Despite all the profits made by the Tampa Bay team, Culverhouse’s death revealed the gross mismanagement and bankruptcy going on underground, and it surprised a lot of people.

Culverhouse’s son, a Miami attorney, practically spearheaded the team’s sale, and despite many bids, Malcolm Glazer outbid them all at $192 million. Malcolm immediately placed his sons in charge of the team’s financial affairs and then hired Tony Dungy as Head Coach. During their first season in 1996, the club struggled, starting with a 1-8 loss. However, it wasn’t long until Dungy’s calm and personality brought morale and strength back to the team.

On November 17, 1996, the Bucs won their first victory using this technique. It was on the field against the intimidating San Diego Chargers. The odds were stacked against them. After all, they had lost all their previous competitions, so no one was expecting them to win a battle against an already successful team.

True to belief, they were losing the game. Their loss remained until they had eight minutes until the play ended, and then the players kicked in Tony’s technique. Instead of making so many offhand decisions on the pitch, Dungy wanted his players to act on habits, and that fateful day, it was precisely what they did. By the time the clock beeped 00:00, the Buccaneers had won by a 25-17 margin. They continued using this technique until 2003 when they won the Super Bowl trophy.

Everyone looked down on Tampa Bay as the underdogs, but they succeeded when Tony introduced a working technique. This story is inspiring, and as youths, especially college students who are constantly trying to figure out what works, this might just be what you need.